Scammers posing as Microsoft support technicians continue to work the phones in search of victims, the company said last week, and have, in fact, grown bolder in their tactics. These scammers have even called our office here at Richmond Computer. "What's really alarming is that this type of scam shows no signs of slowing down," said Kirsten Kliphouse, the Microsoft executive who heads the company's customer service and support group, in a May 2 blog. "Increasingly, we hear via our front-line support team, and even from friends and family, that these scammers are getting bolder, targeting not only individuals but also businesses." The scams rely on a combination of aggressive sales tactics, lies and half-truths. Cold callers pose as computer support technicians, most often claiming to be from Microsoft, and try to trick victims into believing that their computer is infected, usually by having them look at a Windows log that typically shows scores of harmless or low-level errors. At that point, the sale pitch starts, with the caller trying to convince the consumer or business worker to download software or let the "technician" remotely access the PC. If you get a call from these folks, it will sound like this: 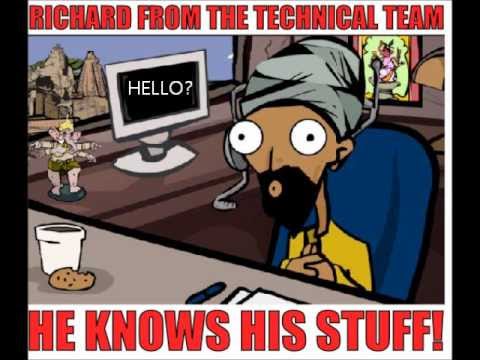 Posted by Unknown at 1:49 PM No comments:

Here's a look back: Microsoft is 40 and fabulous. The software company started by Bill Gates and Paul Allen on April 4, 1975, is showing new energy lately, proving that the best may be yet to come. With the release of Windows 10 and a new browser later this year (RIP Internet Explorer), Microsoft hasn't garnered so much excitement in a long time. Windows 10: What You Missed at the Microsoft Event Bill Gates Reveals What Makes Him Feel 'Pretty Stupid' Why Microsoft's HoloLens Stands Out in the Battle of the Glasses In honor of the Redmond, Washington, company's 40th birthday, here's a look at 40 of the people, products and moments that helped define Microsoft's first four decades. 1. Bill Gates - Harvard's first most famous dropout (Mark Zuckerberg would come decades later) is the richest person in the world, with a net worth of $79.2 billion, according to Forbes. 2. Paul Allen - The other half of Microsoft, Allen told Fortune Magazine in 1995 that he was responsible for suggesting the company's name when he and Gates first went into business together. 3. Microsoft’s first product: Software for the Altair 8800. By 1978, year-end sales had topped $1 million. 4. Getting a deal to provide a DOS Operating System for IBM's computers in 1980 was a huge moment in Microsoft history, positioning the company as a software leader. 5. On Nov. 20, 1985, two years after the initial announcement, Microsoft ships Windows 1.0. 6. Gates and Allen took their company public in 1986 with IPO shares priced at $21. 7. Microsoft Office for Mac is released in 1989. 8. Windows 3.0 ships in 1990, ushering in the era of graphics on computers. 9. Windows 95 launches in 1995, selling an astounding 7 million copies in the first five weeks, according to Microsoft. 10. Windows 95 is also the first time the start menu, task bar, minimize, maximize and close buttons are introduced on each window. 11. "The Internet Tidal Wave," a 1995 memo written by Gates, calls the Internet "the most important development since the advent of the PC." That Bill Gates turned out to be right. 11. As the Internet exploded, Microsoft came out with its first browser, Internet Explorer, in 1997, thus beginning a love-hate relationship until its death in 2015. 12. Gates stepped aside as CEO in 2000, giving Microsoft its first new leader in the company's 25-year history. 13. Microsoft’s riches allowed Gates to start the Bill and Melinda Gates Foundation, the largest private foundation in the world. Gates' charity has focused on everything from education to world health initiatives. 14. Meanwhile at Microsoft, Gates' longtime right-hand man, Steve Ballmer, became known as a hard-charging and excitable CEO. He stepped down in 2014. 15. In August 2001, Microsoft released Windows XP. The interface was pretty and allowed people to burn music (here's my playlist, bro) and is remembered as one of the more important Windows updates. 16. Speaking of Windows, it was pretty genius of Microsoft to begin bundling Word, PowerPoint and Excel together beginning in 1990, setting the standard for offices everywhere. 17. Microsoft's bet on PowerPoint was a winner. The company acquired the program for $14 million from Forethought Inc. in 1987. 18. There were embarrassing moments too, though. Like when Excel had a multiplication bug in 2007. 19. The U.S. Department of Justice accused Microsoft of being a monopoly and in 1999 a judge agreed. That ruling was later vacated and Microsoft settled the antitrust case.
Posted by Unknown at 8:53 AM No comments: